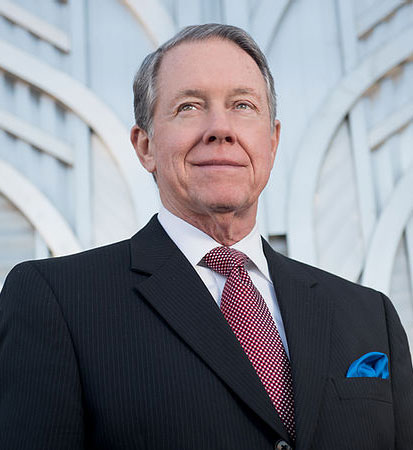 John F. O’Reilly is Chairman and Chief Executive Officer of O’Reilly Law Group, a full-service law office providing legal services in all business and personal legal matters including litigation, gaming, real estate, business and entertainment, among others.  Mr. O’Reilly and the firm have been extensively involved in many of the major lawsuits in Nevada over the past several decades.  His 40+ years of experience as an attorney includes a broad range of businesses, business transactions and business litigation, including numerous multi-million dollar lawsuits.

Mr. O’Reilly’s accounting and business background is an asset to litigation clients as well as in business transactions and in resolving business issues.  His experience in the audit and tax departments of the international public accounting and consulting firms of Arthur Anderson & Co. and Ernst & Ernst (now Ernst & Young), as Chairman of the Nevada Gaming Commission, as Chairman and Chief Executive Officer of a publicly-traded company listed on the New York Stock Exchange, and as a member of numerous boards of directors uniquely qualifies Mr. O’Reilly to address the multitude of legal issues that arise in the business world.

Mr. O’Reilly’s educational background includes a Juris Doctor Degree, a Masters Degree in Business Administration from UNLV, and a Bachelor of Science Degree with a major in Accounting.  In addition, he has completed the Stanford Director’s College program as well as numerous other educational programs.  His experience as a licensed contractor and real estate broker/developer, in law enforcement, and as a regulator, along with his educational background, enable Mr. O’Reilly to identify, and counsel clients in the development and management of, business opportunities and entities.

In addition, Mr. O’Reilly was honored as an “Ambassador of Courtesy” by the Las Vegas Chamber of Commerce and the Las Vegas Convention & Visitors Authority, was selected to represent the community as a Torchbearer for the 1996 Olympic Torch Relay, and is a supporter of the United States Olympic Committee’s Team USA’s Journey on the Road to Sochi.

Further, in July 2015, Mr. O’Reilly was recognized by the U.S. Department of Justice, Federal Bureau of Investigation, for successfully completing the FBI Community Relations Executive Seminar Training, demonstrating a commitment to the FBI mission.