If Elon Musk Can Back Out Of The Twitter Deal, Why Do I Have To Perform Under My Agreement? 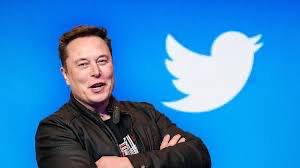 Elon Musk (not Musk personally but two of his companies) reportedly agreed to buy Twitter for $44 billion.  Now, it seems, he has changed his mind.  Twitter has threatened to sue.

O’Reilly Law Group does not have all the facts. We have seen portions but have not studied the entire Purchase and Sale Agreement.  Actually, it was a Merger Agreement (M&A) but that is not our point. We will never offer a legal opinion without knowing the facts; so, this blog is not really about Musk and Twitter, we just use it as an example.  It is really about the law of specific performance. The Musk-Twitter Agreement included rather strong specific performance language.

The Agreement provided that the parties agreed that monetary damages would be an inadequate remedy for a breach of the contract and therefore "the parties hereto shall be entitled to an injunction, specific performance, and other equitable relief to prevent breaches of this Agreement and to enforce specifically the terms and provisions hereof, in addition to any other remedy to which they are entitled at law or in equity." So, can a court really force Musk to buy Twitter?

As an alternative to specific performance, the agreement allows Twitter to claim a termination fee.  Such fees (sometimes called “break-up fees”) are common in merger and acquisition (M&A) agreements. As we understand the Agreement, if Musk causes the “divorce”, the breakup fee is $1 billion. (And you thought your divorce was expensive!)

“Not so quick” you justifiably say.   I thought Musk was claiming Twitter failed to disclose that a bunch of its accounts were “bots”; that is, not real accounts of real people.  Every agreement to sell (or merge with) any business will include representations and warranties (R&W) by both parties.  Here, Twitter represented that all of its Securities and Exchange Commission (SEC) filings were true and accurate.  In its SEC filings Twitter “estimated” the percentage of phony/bot accounts was 5%.  If it was 7% or 10% or 15% does that breach Twitter’s R&W?  Well, its complicated. Generally, a breach of a R&W will only serve as a basis to get out of the deal if it will have a “material adverse effect”. What’s a few bots more or less?  What percentage represents a material adverse effect?

Can (or will) a court actually order Musk to go through with the Twitter deal? What happens if he refuses?  The likely remedy is for the court to issue a contempt citation.  Remember though, that this deal was not a personal Elon Musk deal, it was a corporate deal.  The court could hold the Musk’s corporations in contempt, but it can hardly throw a corporation (which is not a “real” person) in jail.

One absolutely sure bet in the Musk – Twitter spat is that both sides will spend millions of dollars in attorney fees.  We wonder if the Las Vegas bookmakers will have established a line on the over under of attorney fees and what the amount will be?

O’Reilly Law Group has negotiated hundreds of business purchase and sale agreements.  Unquestionably, 100% included R&W clauses and 90% or more included specific performance language.  Will that language be enforced?  Sure, the devil is in the details, but more importantly, it is in the language of the agreement.  O’Reilly Law Group can help you draft language calculated to meet your expectations. Oh, and don’t overlook, the cost of O’Reilly Law Group’s advice at the negotiation and drafting stage pales into comparison to the costs and attorney fees that Twitter and Musk will suffer in their dispute.   We’ll take the over on the combined attorney fee total of $20 million.